Mac of All Trades: Jones’ Heads-Up Approach to the Game Continues to Impress McDaniels 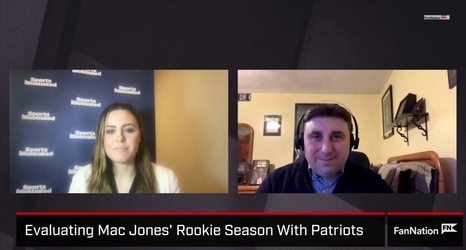 New England Patriots rookie quarterback Mac Jones continues to enjoy a stellar season in 2021. The Alabama product has been one of the most consistent performers in the NFL at the position. Jones has thrown for 2540 yards with 14 touchdowns, as opposed to eight interceptions. Perhaps most impressive is that Jones has completed 70.2 percent of his passes, ranked second in the league to Arizona Cardinals’ quarterback Kyler Murray.

Though Jones continues to emerge as a well-rounded NFL quarterback, his versatility is what sets him apart from his peers.