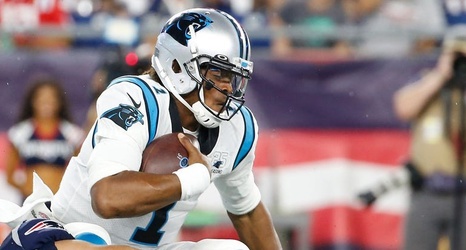 FOXBOROUGH, Mass. (AP) — The Patriots have been enduring growing pains on offense throughout the preseason as they adjust to a new simplified scheme.

It finally showed some hints of progress.

Mac Jones completed a 45-yard pass to set up a touchdown in his first game action of the preseason, Tristian Vizcaino hit a 51-yard go-ahead field goal in the fourth quarter and the New England Patriots beat the Carolina Panthers 20-10 in a preseason game on Friday night.

On a night when the Panthers paused their quarterback competition between Baker Mayfield and Sam Darnold, New England played Jones for three series.