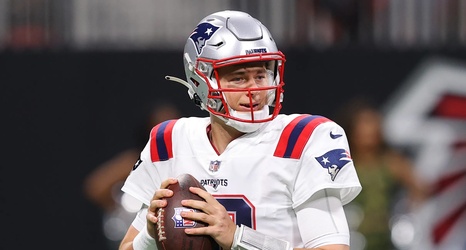 Mac Jones’ professional career is off to a pretty encouraging start. Not only did the 15th overall selection of this year’s draft win the New England Patriots’ starting quarterback gig over the summer and has since led the team to a 7-4 record, he has also played some very good football along the way.

Against the Atlanta Falcons on Thursday Night Football, Jones even made history: according to Elias Sports, the youngster became the first qualifying rookie quarterback in league annals (i.e. one attempting a minimum of 15 passes per game) to complete at least 80 percent of his throws in back-to-back contests.