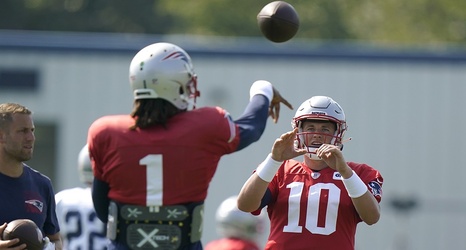 After he lit up the New York Giants in a dual practice Wednesday, New England Patriots quarterback Mac Jones came to the sideline, and as he was catching his breath, coach Bill Belichick came over and congratulated him for what he’d just done.

That snapshot suggests Belichick has been very pleased with Jones and that the New England Patriots are about to anoint their rookie first-round pick as their starter.

And if that doesn’t quite do it, then digesting what Jones did on the field moments before might because by all accounts from reporters on scene — here and here and here — Jones was masterful.