Mac Jones as Patriots' QB of future? Decision at No. 15 could be telling 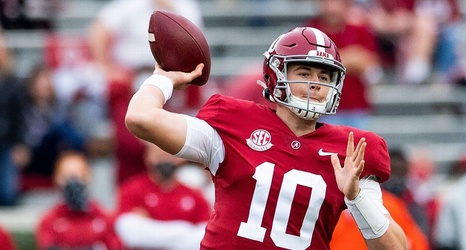 FOXBOROUGH, Mass. -- Quick-hit thoughts and notes around the New England Patriots and NFL:

1. Big Mac for Patriots?: When ESPN draft analyst Todd McShay released his first mock draft for the 2021 NFL draft last week, and slotted Ohio State quarterback Justin Fields to the Patriots at No. 15, he said on the First Draft podcast that the most common feedback was on that pick.

Many doubt Fields will be there, and McShay acknowledged as much (his mock didn't include trades) while also sharing his opinion that Fields isn't quite ready.