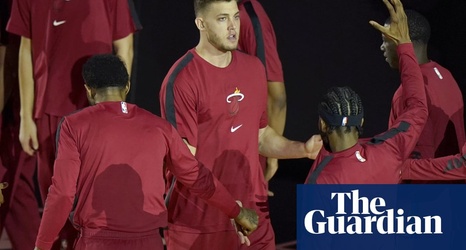 Meyers Leonard’s coach and Miami Heat teammates offered no excuse on Wednesday for his use of an anti-Semitic slur while livestreaming a video game earlier this week, nor did they make any effort to hide their disappointment in him in their first public comments about the incident.

“He said something that was extremely distasteful and hurtful,” Heat coach Erik Spoelstra said. “And we’re left with the aftermath of that.”

Leonard’s use of the slur began circulating widely on social media on Tuesday afternoon. Within a few hours, he apologized, the NBA opened an investigation and the Heat announced that he will be away from the team indefinitely.