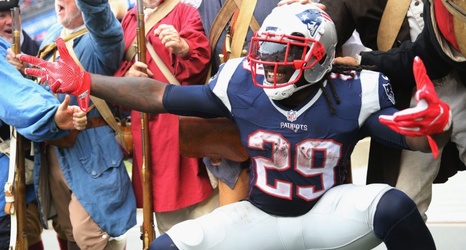 Former Patriots running back LeGarrette Blount announced his retirement from the NFL on Friday.

“It’s been fun and fulfilling!! What’s good everyone? I just want to inform y’all that I’m officially retiring. I have thought long and hard about this decision, and I’ve talked to my closest family members and friends about this. We collectively agreed on this decision. It is in the best interest of me and my family,” Blount wrote in an Instagram post, which included a video with his career highlights.

Blount was originally acquired by the Patriots in a trade with the Buccaneers during the 2013 NFL Draft.