LeGarrette Blount retires and thanks Patriots after calling them out 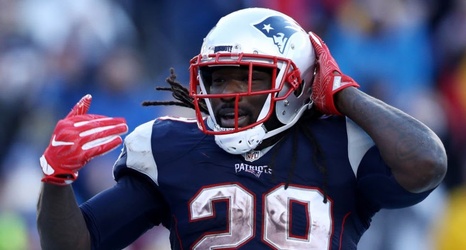 FOXBORO, MA - DECEMBER 24: LeGarrette Blount #29 of the New England Patriots celebrates after scoring a touchdown against the New York Jets during the first half at Gillette Stadium on December 24, 2016 in Foxboro, Massachusetts. (Photo by Maddie Meyer/Getty Images)

Former New England Patriots running back LeGarrette Blount made headlines this week when he called out the organization’s supposed inability to find a viable replacement for him since he left after the 2016 season during an appearance on the Pat McAfee show.

There was legitimately zero reason for Blount to spew such hostile comments, but that’s just a testament to the type of confidence he flaunted as a player.