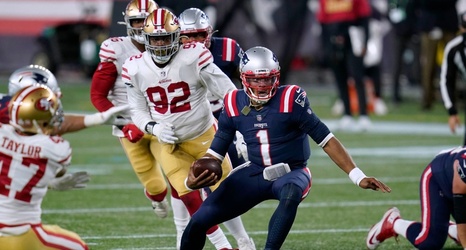 FOXBOROUGH, Massachusetts — The Patriots were hoping the problems that surfaced during their Week 6 loss to Denver were simply an aberration, a momentary setback rooted in the outbreak of coronavirus in their locker room and the lack of practice time that followed.

It turns out their issues may run much deeper than they originally thought.

The Patriots’ 27-point home loss to the San Francisco 49ers on Sunday underlined problems on both sides of the ball, from the suddenly declining production of quarterback Cam Newton to a defense that is having trouble stopping both the run and pass.