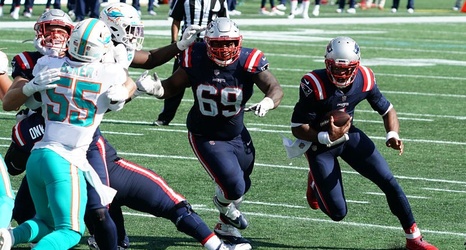 The New England Patriots offense you saw in Week 1 — run-focused, read-option-centric, big on heavy personnel — could look a whole lot different this Sunday.

Though the Patriots had success keeping the ball on the ground in their 21-11 win over the Miami Dolphins, offensive coordinator Josh McDaniels suggested the team might take a different approach against their Week 2 opponent, the Seattle Seahawks.

“It’s more of a function of what we feel like is best to do against the specific opponent that we were playing,” McDaniels said Monday in a video conference. “I know we did some things that we really haven’t done much of around here for a long time — or maybe ever — but I think that’s just a function of using the players that you have to the best of your ability against the opponent and scheme that you’re playing.