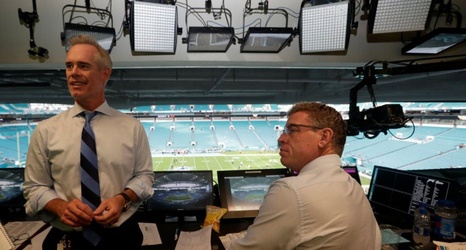 When Joe Buck is calling a game involving a Boston sports team, that usually means something important and frequently fulfilling is happening for the locals.

As the longtime lead play-by-play voice for the NFL and MLB on Fox Sports, Buck has called all four Red Sox World Series victories, perfecting the call during the cathartic 2004 win (“Red Sox fans have longed to hear it …’’). He also called their Super Bowl victories over the Eagles (XXXIX) and Falcons (LI), and the first loss to the Giants (XLII).

Buck and color analyst Troy Aikman have Thursday night’s Patriots-Giants matchup on Fox, and while this hardly carries the magnitude of a postseason game, it still has something of a big-event feel.