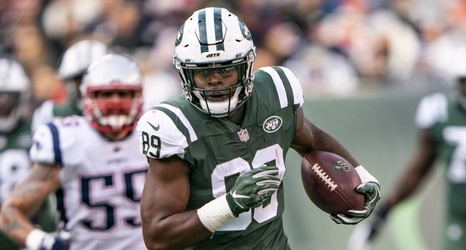 The NFL’s 2019 regular season is still almost two months away, but we already know that the first matchup between the New England Patriots and the New York Jets will see one of the latter team’s best players not suit up: Chris Herndon has been suspended by the league for the first four games of the year, as first reported by Dov Kleiman, meaning that the reigning world champions will not have to face the Jets’ top tight end in week three.

Herndon joined New York as a fourth-round draft pick last year and immediately established himself as a solid contributor in the team’s offense: the Miami product appeared in all sixteen of the Jets’ games in 2018 and was on the field for 62.