Jets defense should be a good measuring stick for Sony Michel 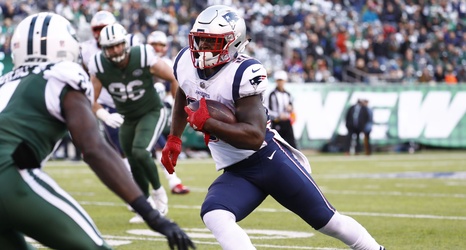 New England Patriots running back Sony Michel is having a rough second year in the NFL so far.

As a rookie, the former Georgia Bulldog rushed for 931 yards in just 13 games and averaged a robust 4.5 yards per carry. He also scored six touchdowns during that timespan, despite the fact that he only actually started eight games for the Patriots in 2018.

His efficiency and overall production in 2019 has severely dipped off from those marks he set last year. Based off his incredible three-game outing in the playoffs last season, many assumed the offense would literally run through Michel this year, and that he’d be a lock to improve upon his statistics in Year Two.