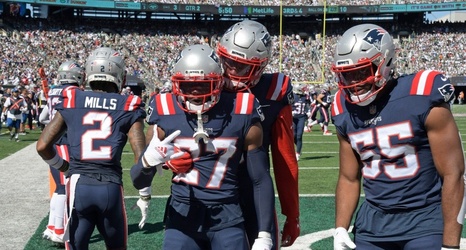 J.C. Jackson has turned Jalen Mills’ head since the defensive backs started working together this offseason.

Mills joined the New England Patriots as a free-agent signing and has been hugely important to the defense with cornerback Stephon Gilmore struggling to return from a quad injury and surgery. Gilmore’s absence has thrust Mills into an increased role this season, with the newcomer playing alongside Jackson as the starting cornerback tandem. And it doesn’t seem like Mills minds having Jackson as his partner in stopping the opponent’s passing game.

Mills was asked about Jackson’s interception totals over the last 18 games.