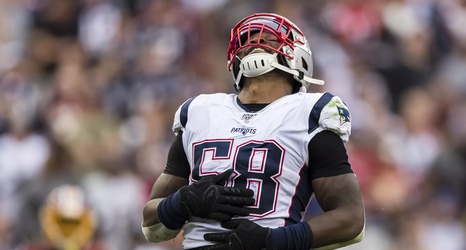 It took Jamie Collins Sr. more than two months to find a new team after his release from the Cleveland Browns, but find one he ultimately did: in mid-May, the New England Patriots brought their former second-round pick back into the fold on a modest one-year contract — an investment that has paid off six weeks into the NFL’s 2019 regular season: Collins, after all, has been a terrific addition to New England’s already strong defense.

Through his first six games in a Patriots uniform since the 2016 season, Collins has been on the field for 290 of the team’s 374 defensive snaps — his 77.