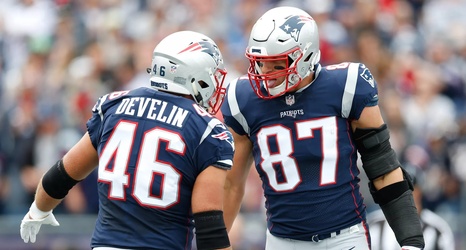 The New England Patriots’ tight end position is in the middle of a major transformation process, with the retirement of future Hall of Famer Rob Gronkowski as the but not the only biggest move made this offseason. Besides Gronkowski’s decision to step away from the game, the Patriots also decided to release Dwayne Allen and trade Jacob Hollister to the Seattle Seahawks. In between, some new faces were added to help pick up the slack.