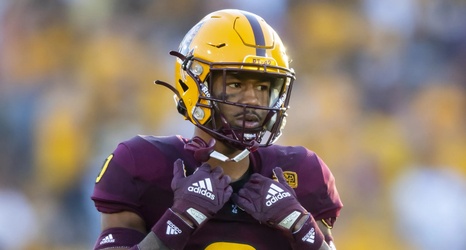 Six weeks after losing Pro Bowl cornerback J.C. Jackson in free agency, the New England Patriots invested two of their draft picks to bolster the position group. The first of those selections in the third round was spent on Houston’s Marcus Jones; the second pick in Round 4 brought Arizona State’s Jack Jones aboard.

Whereas Marcus was a limited participant in the Patriots’ mandatory minicamp, Jack saw some prominent action. At one point, the 121st selection in this year’s draft even ran with the starters, lining up at the outside cornerback spot opposite Jalen Mills.

While it remains to be seen what the future will bring for Jones, it appears he will be in the mix to earn a starting role in the post-Jackson cornerback room.