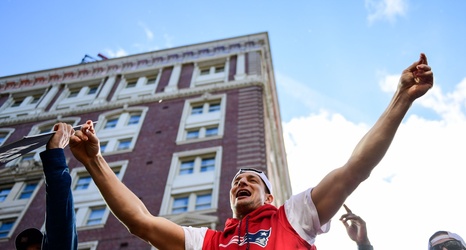 Over the past eight months since Rob Gronkowski retired from the NFL, we’ve been seeing and hearing all sorts of different stuff about him – mainly concerning whether or not he’s planning to make a potential return to the New England Patriots.

Gronkowski has played with and teased his fans all season long about the idea of returning to the field. He has left the window wide open and even has made comments about his rumored comeback saying things like “you never know.”

We’re accustomed to seeing a Patriots offense built around Gronkowski and his skills.