Is Jamie Collins the next Patrick Chung? 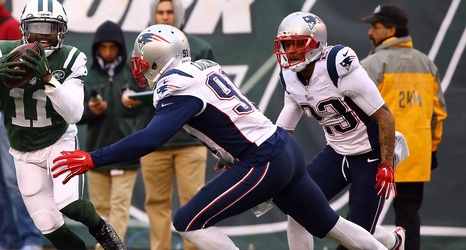 While they are obviously different players who play different positions, there are definitely more than a few parallels between Jamie Collins and Patrick Chung. While they were both second round picks who had a lot of potential coming in, Collins had three very productive years with the Patriots, one of which ended in a second-team All-Pro nomination and a Pro Bowl berth. Chung, on the other hand, was not very good the first time around with the team.

The team, and fan base, however, had soured on both before they left the team the first time.