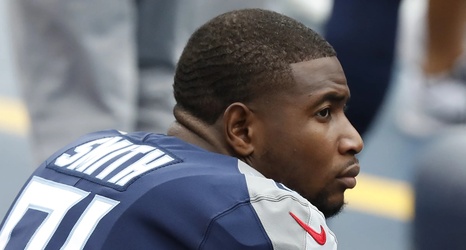 The New England Patriots started free agency with a bang. Just one hour into the legal tampering period, the team addressed arguably the weakest position group on its roster by signing Jonnu Smith to a four-year contract with a maximum value of $50 million. The move was a sign of things to come, and one that instantly upgraded the Patriots’ tight end room.

Despite his status as a top-two tight end available on the open market — the other, Hunter Henry, also ended up in New England — there are some questions surrounding Smith. Not only 125 passes for 1,389 yards and 17 touchdowns in four seasons with the Tennessee Titans, he also has a somewhat extensive injury history.