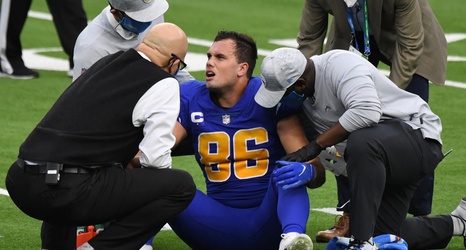 Just an hour into the NFL’s legal tampering period last month, the New England Patriots agreed to a four-year deal with one of the two top tight ends available in free agency. Despite bringing in Jonnu Smith, however, they were not done: just one day later, the Patriots also added the second top-tier player available at the position.

New England signed former Los Angeles Chargers second-round draft pick Hunter Henry to a three-year, $37.5 million deal. While that is quite the investment, it reflects Henry’s status as one of the better tight ends in football — a status he was able to achieve despite struggling with injuries throughout his NFL career.