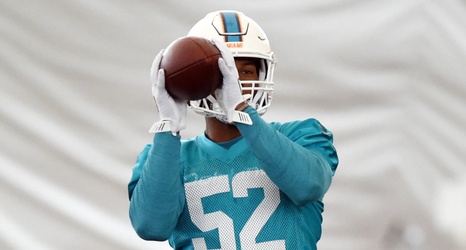 After suffering some high-profile losses during the offseason, the New England Patriots’ linebacker group struggled through its 2020 campaign. In order to avoid a similar outing this year, Bill Belichick and company took to free agency: Matthew Judon and Kyle Van Noy were signed to bolster the edge, while a former second-round pick was also brought aboard to help improve the off-ball depth alongside the returning Dont’a Hightower.

That former second-round draft choice is Raekwon McMillan, who arrived in New England via a one-year, $1.2 million deal. McMillan is not a lock to make the roster considering his contract, but his upside in the Patriots’ system is intriguing even though he never quite lived up to it in four combined seasons with the Miami Dolphins and Las Vegas Raiders.