How impressive is New England’s perfect 5-0 start this season? 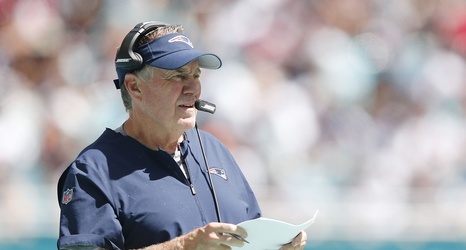 The Patriots have not lost a game through the first five weeks of the season, and they have a real chance to be 6-0 when the team wakes up Friday morning. New England is one of the two remaining undefeated teams in the league, along with the San Fransisco 49ers.

In this first stretch of the season, New England is outscoring their opponents by a total score of 155-34. To be fair, their first five opponents have been the Steelers, Dolphins, Jets, Bills, and Redskins. The Buffalo Bills are the only decent team out of that bunch, and New England only beat them by six points.