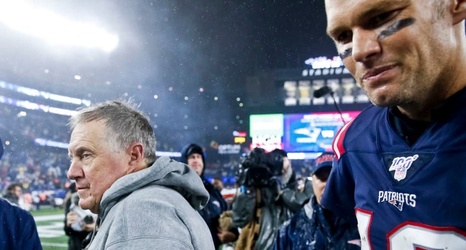 Tom Brady did not discuss the nuts and bolts of Sunday’s win over the Cleveland Browns at the beginning of his post-game press conference, but instead expressed praise and admiration for head coach Bill Belichick.

Brady spent the first few minutes of the presser fielding questions from reporters about Belichick, who earned his 300th career NFL win Sunday.

“He’s the best coach of all-time and its a privilege to play for him,” Brady told reporters. “He’s taught me so much on and off the field. He’s been a great mentor for me. I’m just proud of him and everything he’s accomplished…Amazing to think he coached for another place and they didn’t think he was good enough”

Brady also opened up about Belichick’s influence on his life, both on and off the field, during their 20-year tenure together in New England.