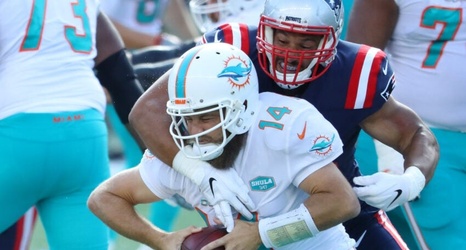 Finally healthy, Patriots defensive end Derek Rivers said it was “a blast” to play in Sunday’s season opener, his first NFL game in over 18 months.

“Football is something that God has blessed me to do,” Rivers said Monday .”To be able to go out there and do it again, it was just a blast. It was even more fun to just be out there with my brothers.”

Against the Miami Dolphins, Rivers was on the field for 32 percent of New England’s defensive snaps, which marked a new career-high. In the fourth quarter, he fought through two Dolphins offensive lineman to take down a scrambling Ryan Fitzpatrick for a loss of nine yards.