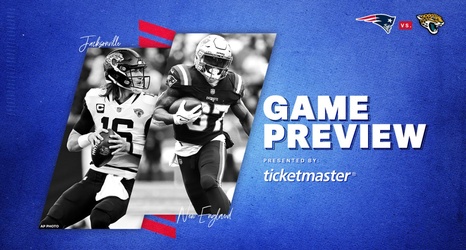 The New England Patriots will attempt to snap a two-game losing streak this Sunday when they host the Jacksonville Jaguars in the final regular season home game of the season. It will be the first meeting between the two teams since the Patriots traveled to Jacksonville on Sept. 16, 2018 and fell to the Jaguars, 31-20. The Jaguars will play at Gillette Stadium for the first time since a 24-20 loss in the 2017 AFC Championship Game that was played on Jan. 21, 2018.

The Patriots enter this week's game with a 9-6 record, aiming for their 27th 10-win season to tie Dallas for most 10-win seasons since the 1970 NFL merger.