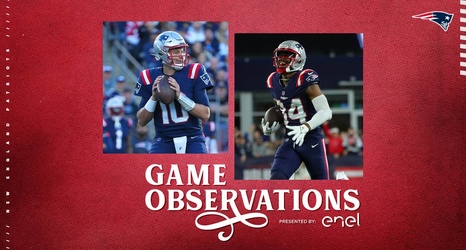 FOXBOROUGH, Mass. – If you thought New England's narrow defeat against Tampa Bay a few weeks ago was worth the price of admission, that proved only an appetizer for this latest meeting – the 14th all-time – between the Patriots and Cowboys, two of the National Football League's most storied franchises. And it seemed fitting that such a thriller would have to be decided in overtime.

Dallas came to town as the more talented team, top to bottom, at least on paper, and it looked that way in reality at times during this game, particularly the way the Cowboys were able to move the ball offensively.