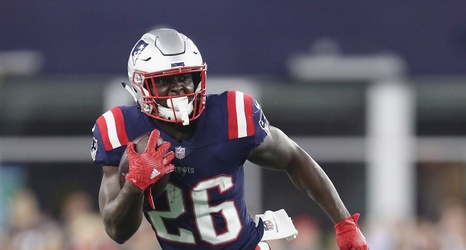 Michel was drafted by the Patriots with the 31st overall selection in the 2018 NFL Draft. As a rookie, he found his footing in the offense towards the middle of the season, ultimately finishing with 931 rushing yards and 6 touchdowns on 209 attempts.

However, Michel's time in New England is best remembered for his heroics in the team's Super Bowl run in 2018. Michel rushed for 336 yards and 6 touchdowns in just three games and played a crucial role in the offensive gameplan against the porous front sevens of the Los Angeles Chargers, Kansas City Chiefs, and Los Angeles Rams.