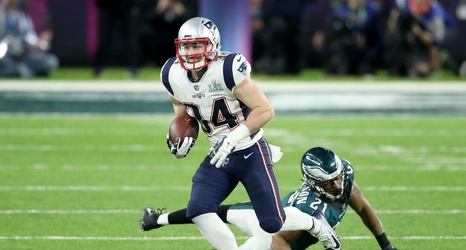 Both the New England Patriots and the Philadelphia Eagles are very different teams today than they were two seasons ago.

That Patriots team that lost Super Bowl LII in epic fashion has since lost Rob Gronkowski to retirement, Danny Amendola to free agency, and David Andrews to injury, amongst of a number of other personnel changes as well. Similarly, the Eagles team that emerged victorious in Minneapolis and won its first Super Bowl title that fateful day no longer has Nick Foles, LeGarrette Blount, Trey Burton, or Torrey Smith on its current roster.

Whichever team ends up the winner on Sunday evening at Lincoln Financial Field will put a significant stamp on their chances of making the postseason this year.