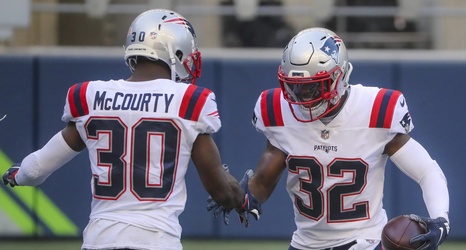 One after the other, the pillars of the New England Patriots’ second dynastic run have started to leave the organization. In 2019, it was Rob Gronkowski. In 2020, it was Tom Brady and Stephen Gostkowski. This year, four other long-timers joined them.

Joe Thuney and Jason McCourty departed the Patriots as unrestricted free agents. Julian Edelman and Patrick Chung, meanwhile, announced their retirement. Each one of them has played a key role in New England winning at least one Super Bowl, and now they are on to the next chapters of their respective careers and/or lives.