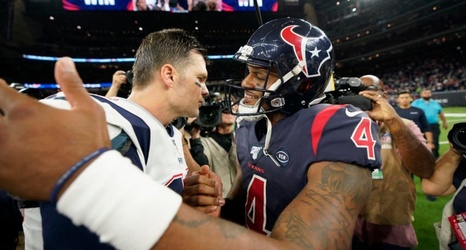 The 28-22 result carried a little extra juice because it marked the first time in Watson’s three-year NFL career that he had edged Patriots quarterback Tom Brady.

“As far as big wins, honestly, it’s pretty big,” Watson said. “Really, just because it’s Brady. I was 0-2 against Brady. Who knows when he’s going to hang it up? That’s my role model, a guy that’s been doing it forever — over 20 years. I’m only alive for [24] years, so it’s pretty awesome to finally get one and to see the love and respect we have for each other.