Defensive line coach DeMarcus Covington on Patriots rookie Christian Barmore: ‘The sky’s the limit for him’ 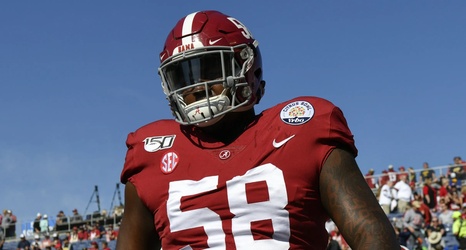 In years past, the New England Patriots have never shied away from moving up and down the board during the NFL Draft. This year’s college player selection meeting was different, though, as the Patriots made only one trade during the entire three-day event.

That trade saw them send two fourth-round selections to the Cincinnati Bengals in order to jump from the 46th to the 38th spot in the second round. The target of that move was Alabama’s Christian Barmore — a borderline first-rounder and the first defensive tackle to come off the board in the 2021 draft.