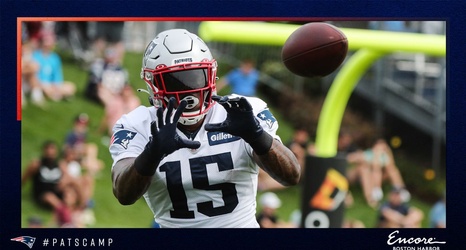 It's been a difficult two-plus seasons in New England for N'Keal Harry. After being selected in the first round in 2019, Harry soon was beset by injuries and suffered through a lost rookie year. Things didn't get much better in 2020 when the entire offense never seemed to come together and once again Harry was on the outside looking in.

As the spring practices wrapped up and attention began to turn toward training camo, Harry's agent sent out a message to the Patriots and the rest of the league indicating that his client wished to be traded.

That led to lots of speculation regarding Harry's future, and most felt the wideout's days in Foxborough had just about come to an end.