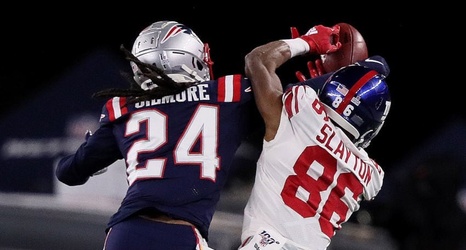 Darrelle Revis knows a thing or two about playing cornerback in the NFL, and he believes Stephon Gilmore is “by far” the best at his craft right now.

Though he spelled Gilmore’s first name wrong, the former Patriot called Gilmore a “shutdown” player and “#numberone” at his position.

Stephen Gilmore by far is the best corner in the game right now. #shutdown #numberone

Gilmore responded to Revis’s comment, noting that the admiration is mutual.

“I appreciate it,” Gilmore said, according to Yahoo!