Damien Harris on crutches after suffering thigh injury vs. Vikings 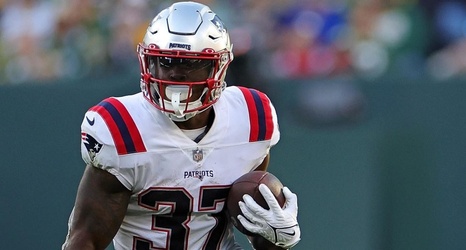 BOSTON -- The Patriots finished out their Thanksgiving night loss without one of their two primary running backs, and the outlook may not be great for Damien Harris.

The fourth-year running back took his final handoff of the night on the Patriots' opening drive of the second half against the Vikings, running up the middle for no gain. The Patriots listed Harris as questionable to return with a thigh injury, but downgraded him to "out" later in the game.

After the game, Harris was on crutches, according to MassLive's Chris Mason.