Clearing out the notebook from day three of Patriots Training Camp in Foxborough. 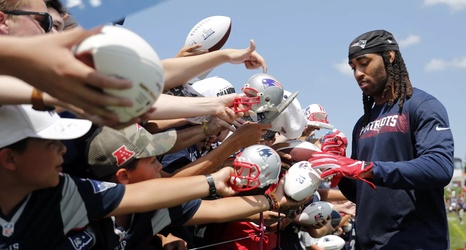 At 74 degrees and sunny on Saturday morning the weather in Foxborough was ideal for another capacity crowd attending day three of Patriots Training Camp. It was also great for the players, who donned pads for the first time this offseason.

Before the team took to the practice fields, Patriots Director of Player Personnel Nick Caserio held an 8:45am presser. Here were some of the major takeaways: