Chase Winovich has no regrets over his touchdown celebration 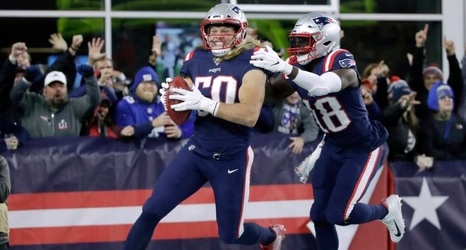 Patriots defensive end Chase Winovich has no regrets over his celebration following his first career NFL touchdown — even if it’s going to cost him.

“I didn’t know the fine was quite so steep,” he said, smiling.

Winovich, who was drafted 77th overall in April, hurled the football into the stands Thursday night after he returned a blocked punt into the end zone. Giants punter Riley Dixon’s kick struck teammate Nate Stupar, ricocheting into the air and ending up in the arms of Winovich. The rookie ran six yards for the first score of the game — and his first since high school.