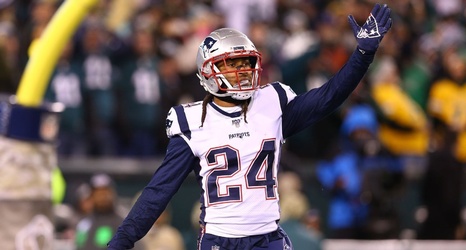 Gilmore could be making a statement about his contract, as he is scheduled to earn a base salary of $7 million in 2021.

The Patriots had advanced $4.5 million of Gilmore's 2021 salary to him last year, leading to this year's low figure.

Gilmore, who turns 31 in September, is in the final year of the five-year, $65 million pact he had signed with the Patriots as an unrestricted free agent in 2017.