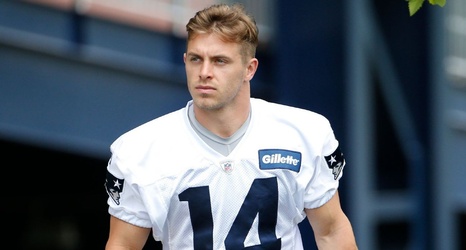 FOXBOROUGH, Mass. -- Quick-hit thoughts and notes around the New England Patriots and NFL:

1. Berrios an early arrival: Rookies report to training camp July 21, with veterans following them July 24, but some players are already trickling in to Gillette Stadium a bit early. One of them is second-year receiver Braxton Berrios, which highlights the approach he has taken with a notable opportunity ahead of him.

A 2018 sixth-round draft choice who spent his rookie season on injured reserve, Berrios flashed his talent in spring practices to put himself in an advantageous position to earn a roster spot at a time the Patriots' offense is transitioning in the wake of Rob Gronkowski's retirement.