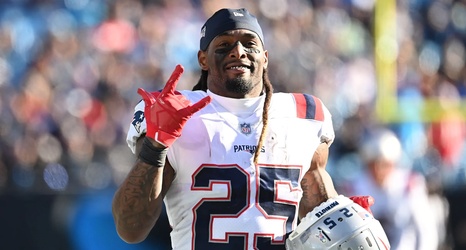 The New England Patriots saw a league-high eight of their players opt out of the 2020 season due to concerns about the Coronavirus. One year later, only two of them are still with the team. Both are playing prominent roles, however.

Linebacker Dont’a Hightower continues to serve as a team captain and the leader of the Patriots’ defensive front seven. Brandon Bolden, meanwhile, is still a core member of New England’s special teams units.

Nine weeks into the season, however, Bolden has proven his value beyond that role: he is now equally important at his listed position of running back — something that was not always the case earlier in his career.