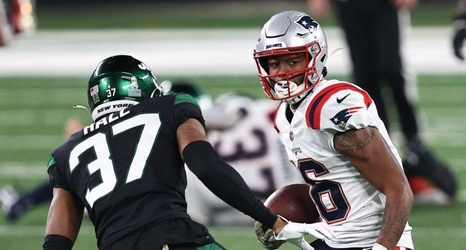 EAST RUTHERFORD, NEW JERSEY - NOVEMBER 09: Jakobi Meyers #16 of the New England Patriots carries the ball as Bryce Hall #37 of the New York Jets defends during the second half at MetLife Stadium on November 09, 2020 in East Rutherford, New Jersey. (Photo by Elsa/Getty Images)

Is Jakobi Meyers good? Despite a ton of evidence that he is, one Patriots radio host is arguing to pump the brakes.

Let’s be clear: No Patriots fan is arguing that breakout wide receiver Jakobi Meyers is a Hall of Famer after four straight excellent games.