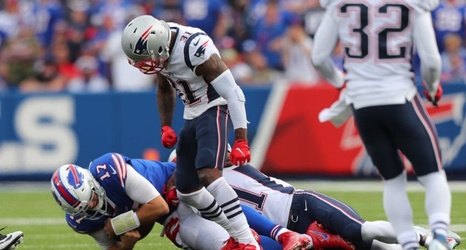 Buffalo Bills coach Sean McDermott believes Patriots cornerback Jonathan Jones should have been ejected for his helmet-to-helmet hit that knocked Josh Allen out of Sunday’s game.

“There’s no room in football for that,” McDermott said. “It’s a shame to see a player like Josh, or any player for that matter, go down with a hit like that.”

In the fourth quarter, Allen was stopped about a yard short while rushing for a first down on 3rd-and-8. Patriots safety Duron Harmon had tackled Allen, but Jones followed with a late hit that left the 23-year-old quarterback motionless on the ground for a few seconds.