Bills coach Sean McDermott: ‘We had opportunities to win the game’ 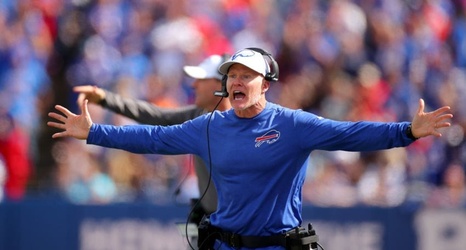 Buffalo Bills coach Sean McDermott acknowledged his team let one get away against the Patriots Sunday afternoon at New Era Field.

“We had a chance to win the game multiple times,” McDermott said.

That they did. After scoring 10 unanswered points to mitigate an early 13-0 deficit, the Bills failed to put another score on the board. The defense forced four three-and-out drives in the second half, but the offense was unable to capitalize, turning the ball over three times. Perhaps the most gut-wrenching came in New England territory with under two minutes remaining, when backup quarterback Matt Barkley’s deflected pass sailed into the arms of Patriots linebacker Jamie Collins.