Bill Belichick was mic’d up for Super Bowl LIII 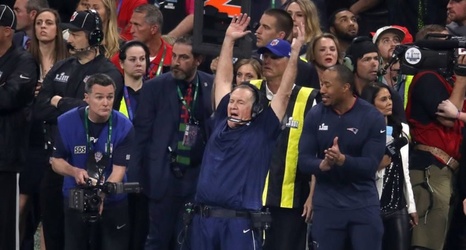 But a sixth Super Bowl title will have even the most stoic of coaches giddy with excitement. Belichick couldn’t help but raise his arms in elation after quarterback Tom Brady kneeled down to run out final five seconds on the clock and seal New England’s 13-3 win over the Los Angeles Rams Sunday evening at Mercedes-Benz Stadium.

Hugging several of his assistant coaches before getting doused in Gatorade, Belichick kept repeating, “We’re champs,’’ as he made his way down the sideline after the game.