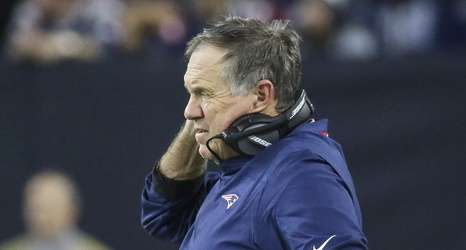 While most of the questions coming out of the New England Patriots’ 28-22 loss against the Houston Texans center around the team’s offense, the team’s defense also had its struggles in certain areas. While it surrendered only 276 yards and allowed its opponent to hold the football for only 25 minutes, the top-ranked unit in the NFL did give up four passing touchdowns and failed to get off the field on six of the Texans’ 11 third down attempts.

For Bill Belichick, however, a different down presented a bigger problem on Sunday as he pointed out during his weekly appearance on WEEI’s Ordway, Merloni and Fauria Show.