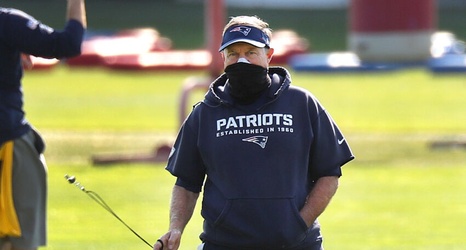 The Patriots have had a pretty wild October.

On just the second day of the month, quarterback Cam Newton received a positive COVID-19 test, making him the first of eight Patriots players to wind up on the COVID-IR list in October.

Now, after going nearly a week without a positive COVID-19 test, the team was able to have a normal workweek. For the first time since the lead-up to their game against the Chiefs, the Patriots practiced three times in one week.