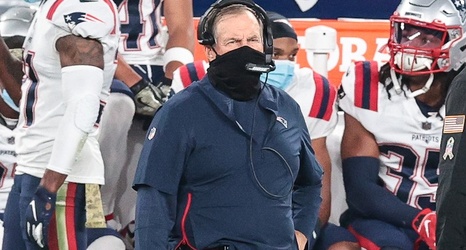 Bill Belichick was asked Friday morning why his New England Patriots recently have been unable to turn high draft picks into starting-caliber players.

The longtime coach responded with a metaphorical point toward the six Super Bowl banners that hang over Gillette Stadium.

“I’d say the most important thing to me is winning games,” Belichick said. “I’m not going to apologize for our record over the last 20 years. I’ve seen a lot worse. So ultimately, we try to put the best team on the field that we can to be competitive, and I don’t really see that changing.