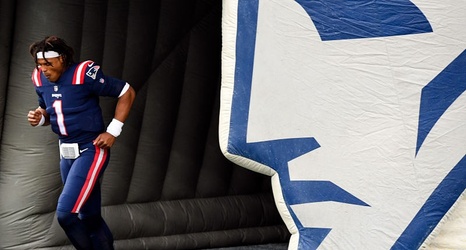 Bill Belichick benched Cam Newton and turned to Jarrett Stidham in the fourth quarter Sunday against the San Francisco 49ers.

Should the New England Patriots consider a permanent change at quarterback?

Newton was awful in New England’s 33-6 loss to San Francisco, which marked a continuation of his poor showing in Week 6 against the Denver Broncos. Belichick said he’s sticking with the three-time Pro Bowl selection, but the Patriots’ offense has looked horrendous recently and Newton’s play is a major reason why.

Still, NFL analyst Dan Graziano is with Belichick, suggesting in a piece published Monday on ESPN.