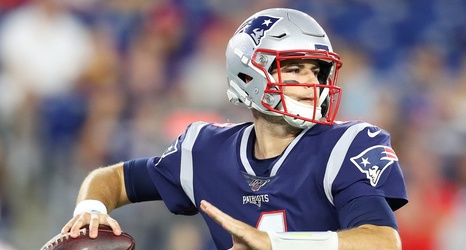 It’s hard to blame anyone in Patriots Nation for harboring misgivings about the future of the quarterback position in New England right now.

That’s what happens when the greatest to ever lace them up takes his cleats and his talent down to Tampa Bay unexpectedly in what would have been Year 21 as QB1 for the Patriots.

With Tom Brady (impossibly) a Buccaneer all of a sudden, the reins are turned over to Jarrett Stidham, a fourth-round draft pick from last year who had a flaming-hot preseason before a few untimely and unseemly cameos during the regular season in relief of Brady.