Belichick Goes Defense Again with Pick of Winovich in Round 3 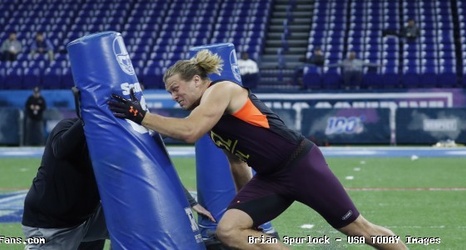 After trading down previously, the Patriots finally made their second selection of night two and once again, Bill Belichick made a pick on the defensive side of the football.

The Patriots selected Michican standout Chase Winovich with the 77th overall selection, adding the Wolverine defensive end to their defense.

Winovich is an interesting player. He’s got decent size at 6’3″, 256-pounds and also has good speed to go along with it. He ran a 4.59 40-yard dash along with a 4.11 shuttle time, with the latter stat generally being one that Belichick tends to appreciate and Winovich was certainly one of the more explosive players at his position.